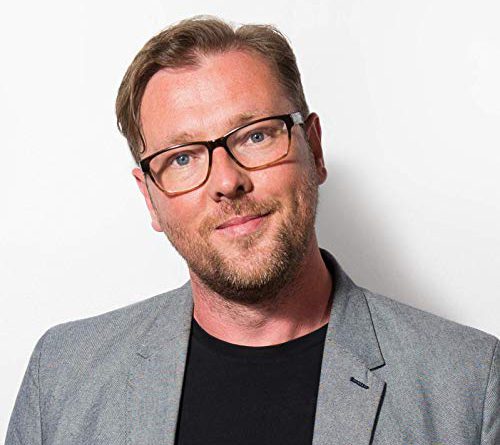 Damian Leighton Barr (born 20 July 1976) is a British writer and broadcaster. He is the creator and host of the Literary Salon, which started at S*ditch House in 2008, and he hosts live literary events worldwide. In 2014 and 2015, he presented several editions of the BBC Radio 4 cultural programme Front Row. He has hosted several television series including Shelf Isolation and most recently The Big Scottish Book Club for BBC Scotland. Also, he is the author of the 2013 memoir Maggie & Me, about his 1980s childhood in the west of Scotland, and the 2019 novel You Will Be Safe Here, set in South Africa in 1901 and now. He is a fellow of the Royal Society of Arts (FRSA) and the Royal Society of Literature.

Barr was born in 1976 in Bellshill, Scotland. He graduated from Lancaster University in Sociology and English Literature in 1998 having spent a year studying at the University of Texas at Austin 1996–1997. In 2000 he won an ESRC Scholarship and completed an MA Contemporary Sociology. In 2020 Barr completed his PhD in Creative Writing at Lancaster University.

Barr is the author of three award-winning books, several radio plays and has contributed to several well-known collections (see below for full bibliography).

Barr’s first book was published in 2006 by Hodder & Stoughton. Get It Together: How To Survive Your Quarterlife Crisis was the first book concerned with the quarter-life crisis. to be published in the UK. It was inspired by a column Barr wrote for The Times in 2001–03 about graduate work and life.

Barr’s second book is Maggie & Me, a memoir of growing up in small-town Scotland during the Thatcher years. Bloomsbury acquired the book at auction in July 2010 and it was published in the UK in April 2013 winning him Stonewall Writer of the Year, Sunday Times Memoir of the Year and the Paddy Power Political Satire Award. It was a Radio 4 Book of the Week. It has been optioned by STV and is being adapted for television by Andrea Gibb – Barr will also be a writer on the series.

In 2016 Bloomsbury pre-empted Barr’s debut novel You Will Be Safe Here. Then, in 2017 Barr received an award from the Arts Council England to complete research on his novel in South Africa. In 2018 Barr received a University of Otago Scottish Writers Fellowship, which saw him based at the Pah Homestead in Auckland, New Zealand where he edited the novel. You Will be Safe Here was published internationally on 4 April 2019 and shortlisted for several major awards (see below). It was also a BBC Radio 4 Book at Bedtime.

Barr has been a columnist for the Times, Sunday Times, Big Issue and wrote the travel column Novel Destinations for High Life Magazine. In 2016 he was Highly Commended by BSME as Columnist of the Year. From 2014 to 2017 he wrote BarrFly, the Sunday Times magazine’s drink column. From 2008 -2018 he was Literary Editor of Soho House.

He is a frequent guest on BBC Radio 4 and has hosted Front Row – Dolly Parton, Javier Marías and Brad Pitt were among his interviewees.In 2016 he hosted his first half-hour do*entary on BBC One revealing The Writers of Rye produced by Factory Films. In October 2019 Barr was on Sky Arts co-hosting the first ever live coverage of the Cheltenham Literature Festival along with Andi Oliver, Miquita Oliver and Simon Savidge. As well as co-hosting with Andi in the studio he presented the Book Banquet, in which prominent writers recommended a range of books, and he diagnosed the reading habits of a variety of festival guests as the Book Doctor.

During the first lockdown in 2020 Damian devised and hosted Shelf Isolation, produced by IWC for BBC Scotland and BBC iPlayer. Damian brought books back to television in 2019 with The Big Scottish Book Club (produced by IWC for BBC Scotland). The series returned in 2020 for a longer run was broadcast at the end of 2020. The show featured Janice Galloway, Marian Keyes, Graham Norton, David Nicholls, Jojo Moyes, Neil Gaiman and Sathnam Sanghera among many others.

Launching at S*ditch House in 2008, Damian Barr’s Literary Salon:is widely credited with revitalising live literary events.:It’s where readers and writers meet through special live events and online content including revealing interviews, must-listen podcasts & brand-new stories. The Salon has held residencies at The St Pancras Renaissance Hotel, The Mondrian and the Savoy and popped up all around the world including Moscow, New York, Sydney, Auckland, Toronto and San Francisco. The Savoy appointed Barr as the hotel’s first ever Literary Amb*ador, running their legendary writers-in-residence scheme.

There’s also a podcast available on iTunes, SoundCloud and LitHub and is also played in-flight on British Airways.

Barr lives in Brighton, Sussex, with his husband, where he keeps chickens and writes in a shed at the bottom of the garden. 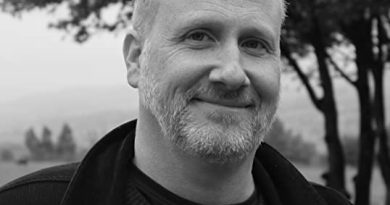