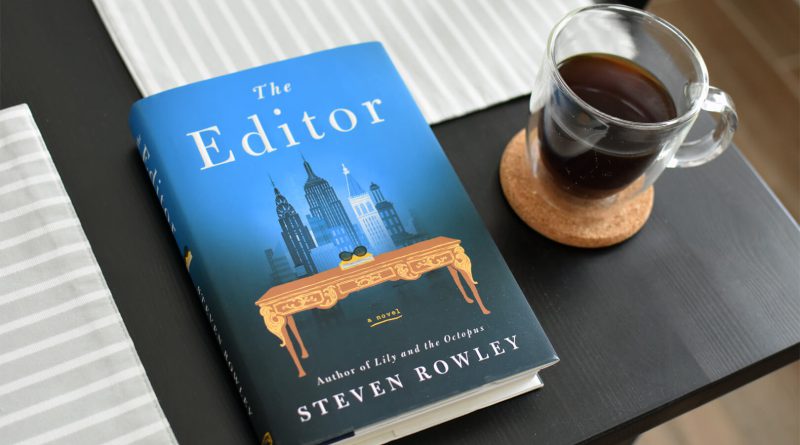 With encouragement from his boyfriend, Rowley found that a novel spilled forth, and eventually, The Editor landed in the right editor’s hands. What do you think about The Editor? Please leave your comment below or in our community.

After years of trying to make it as a writer in 1990s New York City, James Smale finally sells his novel to an editor at a major publishing house: none other than Jacqueline Kennedy Onassis. Jackie–or Mrs. Onassis, as she’s known in the office–has fallen in love with James’s candidly autobiographical novel, one that exposes his own dysfunctional family. But when the book’s forthcoming publication threatens to unravel already fragile relationships, both within his family and with his partner, James finds that he can’t bring himself to finish the manuscript.

Jackie and James develop an unexpected friendship, and she pushes him to write an authentic ending, encouraging him to head home to confront the truth about his relationship with his mother. Then a long-held family secret is revealed, and he realizes his editor may have had a larger plan that goes beyond the page…

From the bestselling author of Lily and the Octopus comes a funny, poignant, and highly original novel about an author whose relationship with his very famous book editor will change him forever–both as a writer and a son.

It was the runaway hit that almost never happened: Steven Rowley’s 2016 novel Lily and the Octopus was initially meant to be a short story that he could share with a few friends. A fantasy tale of a single gay man and his talking dog, Rowley began writing it in order to process the passing of his own real-life pet.

At the time, Rowley had written a few screenplays — none so far produced — but his debut novel was an instant success. It went on to secure a near-million-dollar advance and become a national bestseller; it was translated into nineteen languages; and Amazon is currently developing it into a feature film.

Amidst that success, Lily also became a source of friction between Rowley and his mother, who recognized herself in a character he had written. That tension became the premise of his follow-up book, The Editor, which debuted this month to critical acclaim. Drawing on Rowley’s own personal experience as a confessional novelist, The Editor is about a young gay writer whose autobiographical novel threatens to unearth long-hidden family secrets. The main character’s editor, who pushes him to process his trauma through writing, is none other than Jacqueline Kennedy Onassis, who in real life worked as a book editor at Doubleday.

Woven into the turbulent queer community of early 90s New York, The Editor touches on mother/son relationships, what it means to be a family, and the tension of unresolved secrets. Rowley spoke with them. about his writing process, his fascination with motherhood, and returning to a time when he himself was struggling to come out.

How do you describe The Editor to prospective readers?

How did that concept take form as a follow-up to Lily and the Octopus?

Lily was something that took me completely by surprise — it was a deeply personal work, and I always thought the audience for it would be limited. I put deep emotional secrets in the book in a way I wouldn’t have if I thought it was going to be a big thing. The voices in our own heads that devalue our work are loud, and they are persistent.

I thought the reason that Lily connected was because I was completely emotionally honest about trying to understand something I was living. And I figured the only way to follow that up is to stick by it.

Why were mother/son relationships on your mind when you wrote The Editor?

I did try to change the names in Lily to disguise certain characters, and I did fictionalize some characters, but “Mom” is an identity that’s difficult to disguise. I know that my mother was not exactly pleased with how she was portrayed in it, but she understood that it was my story to tell and I had a right to tell it. She’s a big fan of the book and a big fan of mine, but it did get me thinking — what if it had gone the other way, and how difficult that would have been to navigate? That’s when I knew I wanted to write about a mother and a son, because I do think there’s something special about mothers and gay sons in particular.

Particularly the period when the book is set, in 1992, it was a very different time — we were facing nothing short of an extinction, and I know how scary that must have been for parents of young men coming out at that time. Gay marriage wasn’t something that seemed realistic in our lifetimes. Relationship models were not out in the open. A mother had to wonder, “what kind of life is this for my child? Are they in danger?” 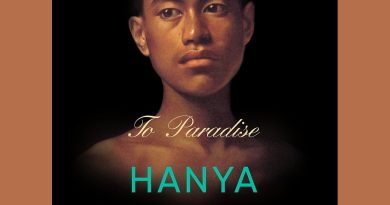