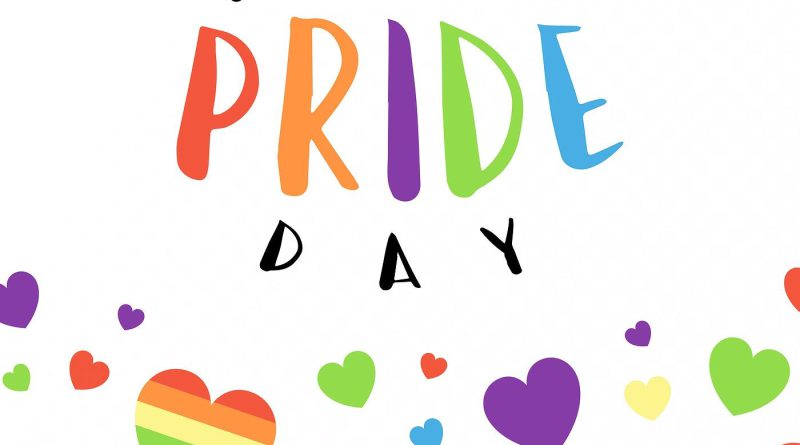 Fifty years ago, about 2,000 people took part in London’s first official Lesbian and Gay Pride event, as part of a protest against how the police treated that community.

The marches have continued to this day but now the hundreds of thousands of people who take to the streets are joined by celebrities, corporate sponsors and politicians.

Pride in London has evolved over the years, with some questioning its priorities. However, the message of fairness, equality and inclusivity has been a constant.

Pride is the Christmas for gay people

The first Lesbian and Gay Pride event in the UK, on 1 July 1972 was a relatively small affair, although its roots are in a gathering a few miles away in Highbury Fields held in November 1970.

That autumn some 150 members of the Gay Liberation Front (GLF) held a torchlight vigil to protest against police harassment of gay people.

People like Andrew Lumsden, who attended the first London Pride march in 1972, saw those events as the beginning of a huge change.

Mr Lumsden, who will be marching alongside some of the original Gay Liberation Front members this year, says it was also about defying the anti-gay establishment.

“One great incident was where a policeman winked at me. Now, they weren’t there to protect us. They were there to make sure that they could arrest us if they thought we were going to damage anything.

“A policeman, standing in a line so his colleagues couldn’t see, gave me a long, slow wink.”

The relationship between the LGBT community and the police has at times been a fraught one.

Metropolitan Police officers weren’t allowed to march in uniform until 2003, while petitions by campaigners to stop police marching in future London Pride events followed the death of George Floyd in May 2020.

The power of protest

Pride in London has over the years also reflected world events, and the marchers have never been afraid to show solidary with the global LGBTQ+ community.

In 2016, days after a shooting in a bar in Florida in which 49 people died, London’s Pride march went ahead with a more reflective feel than in years gone by. Tributes were paid to the victims but there was also a show of defiance against people who wished the community harm.

The same is expected on Saturday following recent events in Norway, where two people were killed and others were injured in an attack on an LGBT venue in Oslo.

Nevertheless, the parades have also been a chance to celebrate change for the better.

The repeal of Section 28, the legalisation of same-sex marriage, and LGBTQ+ people being allowed to adopt children were all seen as pivotal moments to be enjoyed at Pride.

As the march has grown over the years, there have been fears among people within the community that Pride has lost its way – that corporate sponsorship has replaced the protest element of the event with an easy PR stunt for businesses.

This claim has been rejected by Pride in London organisers, who said corporate sponsorship covered a lot of the gathering’s overheads, such as security and paying for road closures and insurance, meaning it could remain a free event.

Others have been dismayed at events that have taken place at Pride, including when members of the lesbian and feminist group Get The L Out gathered at the start of the parade in 2018.

The actions of the protesters – described at the time as bigoted by Pride in London – reflected, though, that there are those who wish to separate the “LGB” from the “T”, arguing that transgender rights can impinge on the rights of gay people, especially lesbians.

After decades of solidarity, it’s fair to say there is an increasing number of people who feel the event has lost its way – that the culture around the Pride march and the rainbow flag doesn’t represent them.

There are several groups that have splintered off from Pride, focusing on specific sections of the LGBTQ+ community.

Taking to the original route of the 1972 march, they called for the return to the original point of Pride, as a celebration of and a protest in support of LGBTQ+ rights, without the modern-day corporate sponsorship and commercialism.

While there have been several smaller Pride events throughout lockdown, there hasn’t been an official Pride in London march in the capital since 2019 due to the Covid-19 pandemic and the associated lockdowns.

Since the last march, the make-up of Pride in London has changed. In March 2021 its advisory board resigned following a dispute about alleged institutional racism in the organisation, and later that year its co-chairs also stepped down.

There is now new leadership and with it a fresh vision, with those at the helm promising to learn lessons from the past and to return Pride to its activist roots.

For the 50th anniversary, organisers plan to follow the route of the original 1972 march, acknowledge the evolution of Pride as a movement, celebrate achievements of the past 50 years, and try to unite the somewhat fragmented LGBTQ+ community under the theme of All Our Pride.

A huge turnout is expected in central London, with some 40,000 organisations, businesses, charities and community groups represented on the march this year.

Pride events in London have evolved over the years, in ways seen as both positive and negative, but the message from Pride in London’s organisers in 2022 is clear – Pride is not just a celebration, it is most definitely still a protest.

Transport for London (TfL) is marking Pride month by remembering a secret language the LGBTQ+ community used to use.

Homosexuality was illegal in England and Wales until 1967, forcing the community underground. Up until about the 1970s, Polari – a language ‘made up of Italianate phrases, rhyming slang and cant terms’ – was in usage in the capital’s secret gay scene.

Polari was first developed in the 1700s and 1800s by vagrants, circus performers, sailors and travellers.

As LGBTQ+ people were also ousted by traditional society, Polari became a way for people to identify and chat with each other without anyone else knowing.

TfL has put posters up with messages written in the slang as part of its campaign to celebrate 50 years of Pride with the rest of London.

Another says: ‘You turn my oyster up’. This translates to: ‘This makes me smile’.

TfL has put up ‘specially-designed’ photos and posters advertising LGBTQ+ businesses which have served a ‘role, legacy and support’ for the community.

There are also portraits of more than 20 TfL employees and contractors ‘telling the stories of staff members being their authentic selves’.

Even through Pride month is coming to an end, London’s official Pride march is set for July 2. 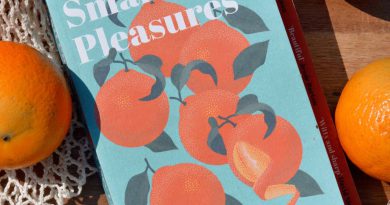 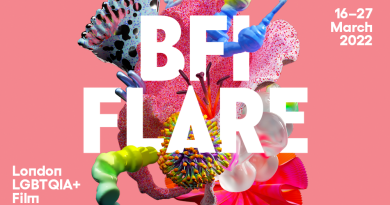 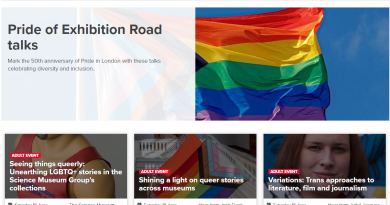